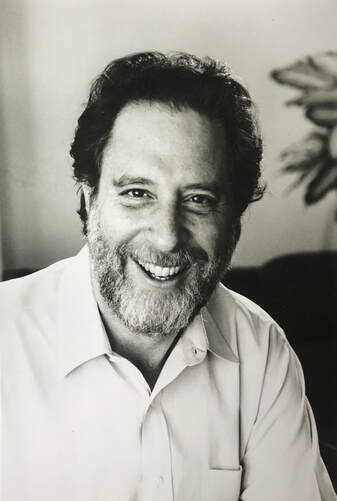 Julian Schlossberg is an American motion picture, theater, and television producer.
​
He was born in New York City. Following a short tour of duty in the United States Army, Schlossberg attended college at New York University, graduating with honors.

​​In 1964 he began his career in television at ABC as an assistant account representative in station clearance. After 10 months, he was promoted to head the department. In 1966 Schlossberg left ABC to become an account executive at the Walter Reade Organization in the television division. He moved to the theater division in 1969, and he became the Vice President and Head Film Buyer. In 1974, while working as an executive, Schlossberg began hosting Movie Talk, a four-hour nationally syndicated radio program aired in New York first on WMCA and subsequently on WOR. Over the next nine years, he interviewed hundreds of stars (many of whom rarely did interviews) such as Jack Nicholson, Dustin Hoffman and Warren Beatty. He also hosted Movie Talk on television, which aired in New York and Philadelphia on Wometco Home Theatre. For two years (1976 and 1977) he worked at Paramount Pictures first as V.P. of World Wide Acquisition and later as V.P. of Production. 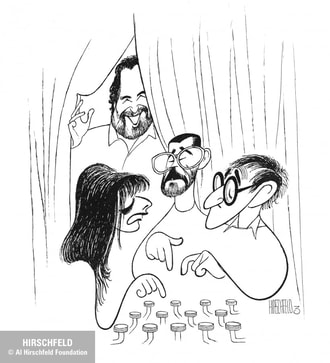 Schlossberg established himself as a producer's representative for prominent figures such as Elia Kazan, Dustin Hoffman, John Cassavetes, and George C. Scott, Elaine May and Robert Duvall.

In 2006 Schlossberg sold Castle Hill Productions and started two new production and film distribution companies, Jumer Productions Inc. and Westchester Films Inc. Their libraries are managed in part by Janus Films. Then, in 2014, Schlossberg sold the Westchester company and its library to Shout! Factory, though he remained with the new owners as an adviser. He is also the co-founder of Merlian News, a holistic online magazine. Along with Meyer Ackerman he owns the motion picture rights to the musical Carnival based on the motion picture Lili.

​He also embarked on a career as a record executive when he and partner Danny Goldberg founded Gold Castle Records. The company went on to record artists such as Peter, Paul & Mary, Joan Baez, Don McLean, The Washington Squares, and Judy Collins. 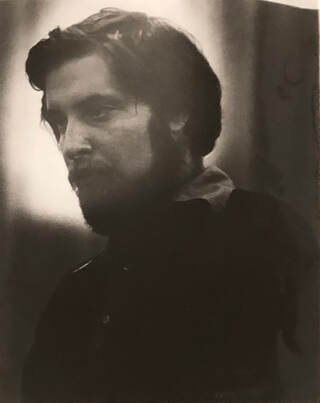 Schlossberg has lectured about film at New York University, Tufts University, The New School, UCLA, The School of Visual Arts, Columbia University, Judith Crist's Seminar, Rutgers University, Cannes Film Festival and in the People's Republic of China. In 1971 he created and was the key speaker for The Business of Motion Pictures, a course which he ran for five years. Guest speakers included Otto Preminger, David Susskind, Maximilian Schell, Elia Kazan, and many others.

He has created and is currently producing Witnesses to the 20th Century, a fourteen-hour series that examines the major historical events of the twentieth century from some of the prominent people who lived during it. He is also producing 100 Voices For 100 Years, 100 one-hour interviews with some of the most recognizable people from the 20th century.
F. Murray Abraham, actor and winner of the Academy Award among others, interviewed Julian Schlossberg, producer of motion pictures, theatre, and television, in a wide-ranging conversation between two long-time friends with first-hand accounts of working with Elia Kazan, Woody Allen, Elaine May, Orson Welles, and others. New York Public Library for the Performing Arts (November 16, 2020).
On this page (top-bottom):
Julian Schlossberg;
Hirschfeld of Julian Schlossberg, Elaine May, David Mamet, Woody Allen;
​Julian Schlossberg and F. Murray Abraham.