"Try Not To Hold It Against Me": A Producer's Life

An autobiography book coming soon. Forward by Elaine May. 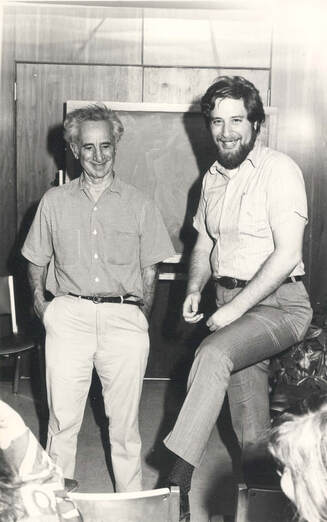 Julian Schlossberg, veteran motion picture, television and Broadway producer grew up in New York City profoundly impressed by the comedic talent(s) of Mike Nichols, Elaine May, Steve Allen, Sid Caesar, Woody Allen, and Alan Arkin. His hope was to meet them one day. He not only met them, he eventually became their producer.

​Like many kids who grew up in the 50’s, he had dreams and aspirations. He admired the artistry of Elia Kazan, Dustin Hoffman, Shirley MacLaine, George C. Scott, Robert Duvall and John Cassavetes and eventually became their producer representative on some of their films.

As a child, he often went asleep listening to the radio and was around for the advent of television.  Never in his wildest imagination did he think years later he would host his own radio show, see it syndicated and also host a television show both under the title umbrella of Movie Talk.

At the same time, the music business was undergoing a major change. It was the period of the birth of rock and roll and the folk music craze. He loved both genres and in the 80’s incredibly enough, co-founded a record label with recording artists such as Peter, Paul and Mary, Judy Collins and Joan Baez called Gold Castle Records.

In the 57 years he has spent in show biz, he has been a producer, director, distributor, exhibitor, record executive, worked at the ABC network, according to Variety, was the youngest head film buyer (at 27 years old) of a national theatre chain, a Vice President of production at Paramount Pictures and owned a motion picture company, Castle Hill Productions with a library of over 500 films. Incidentally, the name Schlossberg in German translates to Castle Hill.

In his autobiography, he writes of his early years in the Bronx, the beginning of television, serving in the Army during the Cuban Missile Crisis, Las Vegas in the 60’s and the many stories of producing over 50 productions. He also shares inside stories of filming over 140 of the most influential figures of the 20th century for his series, Witnesses to the 20th Century. These interviews include George H.W. Bush, Arthur Miller, Colin Powell, Sandra Day O’Connor, Beverly Sills, Clint Eastwood, Willie Mays, Walter Cronkite, Henry Kissinger, Jesse Jackson, Angela Lansbury, and Archbishop Tutu, among others.
Other Highlights Include